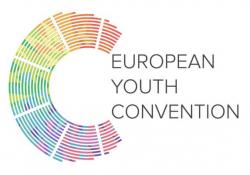 "United in diversity, we, the European citizens" is how starts the constitution which has been voted by 150 youth leaders, from 38 countries, at the European Youth Convention. Organized by JEF France (Jeunes Européens Fédéralistes) from 9 to 12 March, 2017, in Strasbourg (France), these youth representatives gathered with the objective to #FixEU. Using the Syntegration method (Malik Institute), they discussed and debated 12 key topics relevant for the future of the EU.

JEF will present and defend the approved constitution at the Etats Généraux de l'Europe in Lille on 18 March, as well as at the March for Europe in Rome on 25 March.

The 150 delegates agreed on the foundation of a better Europe, and whatever the future will be, we have to be Europtimistic!

Member of the Communication Committee of ESN Spain